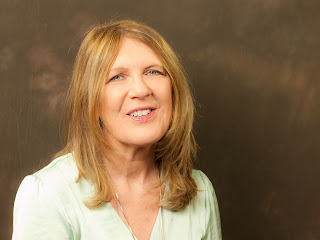 Linda McKenna is from Kinsealy in North County Dublin, but has lived in County Down since 1995. Her debut collection of poems, In the Museum of Misremembered Things, was published by Doire Press in March 2020.  She has had poems published in a number of publications including:  Crannog, The Honest Ulsterman, The North, Poetry Ireland Review. She won the Seamus Heaney Award for New Writing and the Red Line Festival Poetry Award in 2018.

I was brought up on a mixture of "girls’ books" from earlier times (Little Women, Anne of Green Gables, etc.) and Enid Blyton and Elinor Brent-Dyer’s Chalet School books. I desperately wanted to go to boarding school in Austria or Switzerland! I’m probably among the last generation of women brought up on the same books their mothers read. There were no young adult books when I was growing up, you went from Malory Towers to Pemberley. One of my favourite books though was Noel Streatfield’s Ballet Shoes. I think it’s probably fairly unique among those kind of books in actually talking about money, (money as opposed to poverty or riches, actual pounds, shillings and pence) and how the girls’ earnings contribute to the household. I loved all the stage school bits and the descriptions of clothes. I can still vividly remember the acquiring and making of Pauline’s black velvet audition dress.

I am a big Dickens fan and Bleak House is probably my joint favourite novel ever (joint top with Kate O’Brien’s The Land of Spices). I reread it and bits of it regularly. I very often read in my favourites as opposed to rereading them in totality. I know people have problems with Esther and she can be irritating but every time I read the novel I find something new in it. At the moment, I am (thanks to my vague ideas about a second collection of poetry), obsessed with keys, locks and their symbols and I love the way Dickens uses Esther and her basket of keys to symbolise so much. I also cry every time over poor Charley going out to wash ‘because of the sixpences and shillings’.

I decided this summer that lockdown might be a good time to attempt the Lord of the Rings books. I ploughed through the first one but gave up a few pages into the second. I don’t mind fantasy worlds and characters but it was just too confusing and why did people keep changing their names?! I liked the films except they should have kept Sean Bean alive for longer but the books left me cold.

One of my favourite poetry anthologies is a book I picked up in the Chester Beatty Library shop. It’s Haphazard by Starlight: a poem a day from Advent to Epiphany, edited by Janet Morley. It’s a great collection of poems by a very diverse range of poets (from Shelley, Yeats, Tennyson, Hopkins, Eliot, Dickinson, DH Lawrence, Sylvia Plath to Edwin Muir, Elizabeth Jennings, Gillian Clarke). There’s a commentary on each poem linking it to the season and it includes two of my favourite poems ever, Kathleen Raine’s ‘Northumbrian Sequence, 4’ and UA Fanthorpe’s ‘BC:AD’.

I have ordered Sasha Dugdale’s new collection, Deformations, (Carcanet Press). I love her Red House collection, especially the Red House sequence of poems with its breathtaking use of language and imagery. Deformations contains two linked sequences of poems, one of which is based around characters from the Odyssey. I’m also looking forward to reading Gaynor Kane’s debut collection of poems with Hedgehog Press and Geraldine O’Kane’s new collection with Salmon Poetry. Lockdown has delayed their launch too so hope to get them soon.