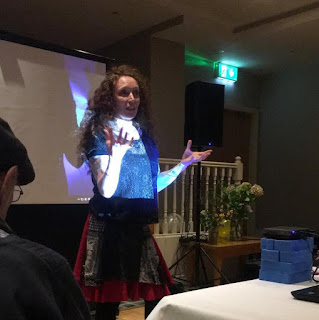 Jessamine O Connor moved to the Sligo Roscommon border twenty-one years ago. A winner of the Poetry Ireland Butlers Café Competition 2017, the iYeats Poetry Competition 2011, the Francis Ledwidge Award 2011, and the Chultúrlann McAdam Ó Fiaich 2020 (in translation); she has been short-listed for others including the Doolin Writers Weekend, O’Bhéal International Poetry Film Competition, Hennessy Literary Award, Over the Edge New Writer of the Year, Cúirt, and The Red Line Book Festival competitions.  Studying for a degree in Writing & Literature at IT Sligo, her collection, Silver Spoon, is published by Salmon Poetry in October. Follow on Facebook.

I’ve just put down a novel, which will remain nameless, that was too depressing to finish… and picked up Stephan Fry’s Mythos again which is brilliant; very readable and detailed study of the Greek myths. It’s pretty dense, so suits reading in chunks. I tend to have a few on the go, poetry and non-fiction in the daytime and a good story at night. I just finished Jenny Kleeman’s Sex Robots and Vegan Meat which is eye-opening: four articles really, on some disturbing and bewildering tech alternatives to sex, birth, food and death. And Adrian Duncan’s excellent Love Notes from a German Building Site, so good. Started Girl, woman, other last night.

The very few books that I’ve bought more than once (or twice) are really stand-out, most recently Sing Unburied Sing by Jesmyn Ward, which is just stunning: gritty, ghostly, illuminating and beautifully written. Ghosts, crack, slavery and the prison system in the southern USA. My House in Damascus by Diana Darke, for its straightforward picture of Syrian life, pre-destruction. Slaughterhouse 5 by Kurt Vonnegut, which I only read for the first time fairly recently and blew me away, unfortunately I then bought it for someone who absolutely hated it! Deaf Republic by Ilya Kaminsky, a poetry book that gets better and better every reading. And Reality Is Not What It Seems by Carlo Rovelli, for bending the brain. Oh and I’ve bought several Sarah Waters for friends as I absolutely love her storytelling, so well-constructed and written, and always giving a proper treatment of the women characters.

Columbus and Other Cannibals by Jack D Forbes, a short and uniquely explained view of the European invasion of the Americas. Life and Fate by Vasily Grossman, an unforgettable novel about Europe and Russia and essential reading if very necessarily dark. Enderby, a series of comedy novels by Anthony Burgess, great for laughing out loud.

I was just introduced to Elskie Rahill- her short stories “In white ink” and novel An Unravelling – and her descriptions of motherhood, particularly single-motherhood, really struck me. Perfectly understood and brilliantly conveyed. Oh, should have put her in the books I’m looking forward toparagraph!

Posted by Colin Dardis at 12:14 No comments: 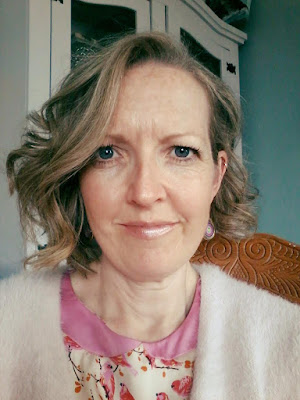 Lorraine Carey is a poet and artist from Donegal. Her work’s widely anthologised and published in Poetry Ireland Review, Abridged, The Ogham Stone, Orbis, Prole, Smithereens, Porridge, The Honest Ulsterman, The Stony Thursday Book and on Poethead among others. She has performed at Over The Edge, Of Mouth, North West Words, Culture Night and Listowel Writers’ Week. A Pushcart Prize nominee, her debut collection is From Doll House Windows (Revival Press).

I’m reading Christine Dwyer Hickey’s The Cold Eye Of Heaven, John Steinbeck’s East of Eden and Simon Armitage’s Walking Home, A Poet’s Journey –a brilliant, often hilarious account of his wanderings along The Pennine Way. He chose to walk it in reverse, north to south and finished up in the Yorkshire village where he was born. Wondering whether it’s possible to pay his way on the proceeds of his poetry alone, he performs at events arranged in various locations every evening where he passes around a hat for the audience to contribute what they think he was worth. In his own words he described it as ‘256 miles of begging’.

I’m also reading Robert Lowell, Setting The River On Fire – A Study of Genius, Mania, and Character by Kay Redfield Jamison. I attended a workshop in 2019, facilitated by the author (a clinical psychiatrist and writer and expert in the study of mood disorders)  It’s a fascinating examination of bipolar illness and connections to creativity. Poetry wise I’m reading Mona Arshi’s Dear Big Gods, Kim Moore’s The Art of Falling and A Man’s House Catches Fire by Tom Sastry, and have recently discovered the brilliant work of Alycia Pirmohamed.

A favourite was A Kestrel For A Knave by Barry Hinesm set in Barnsley, a small mining town in Yorkshire. Billy Caspar is bullied, neglected at home and treated as a failure at school. He discovers a new passion in life when he finds and tames Kes, a young kestrel hawk. It had complex themes, but Hines brought the Yorkshire landscape to life for me, whilst Billy and Kes nurtured one another. This classic had hope, survival and trust at its very heart and birds to me are the ultimate messengers, symbolic of freedom, protection, forgotten landscapes and so much more. I remember wanting my own falcon / kestrel but had to make do with Goldie - my canary. I adored Hilda Boswell’s Treasury of Poetry and everything from Beatrix Potter, who was also an exquisite illustrator and a huge inspiration. I enjoyed Malory Towers and all the Ladybird Classics.The illustrations mesmerised me as much as the stories. The spoof books called Ladybird for Grown Ups are hilarious, pairing classic drawings with new text and have titles like The Hipster, The Zombie Apocalypse, Mindfulness and The Shed.

Robert Hillman’s The Bookshop of The Broken Hearted remains one of the most beautifully written novels I’ve ever read.

It’s impossible to pick one. These treasures are always on my desk - Breaking the Skin: Vol. 2: 21st Century Irish Writing - New Irish Poetry, Staying Alive and Being Alive (Bloodaxe) and Shine On (Dedalus), a marvellous collection of contemporary Irish poetry and prose in support of those affected by mental ill health.

Mona Arshi’s debut novel Somebody Loves You. A former human rights lawyer, her debut Small Hands (Liverpool Press) won the Forward Prize in 2015 for best first collection. Her ethereal poems remained with me for a long time after I’d heard her read at The John Hewitt Summer School in Armagh last year. She’s a poet I constantly return to, so I’m really looking forward to this novel.

Posted by Colin Dardis at 16:09 No comments: 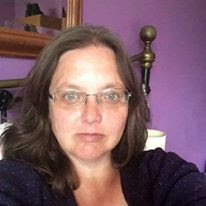 Susan Millar DuMars has published five collections with Salmon Poetry.  The most recent, Naked: New and Selected, came out in 2019.  In 2020, Susan received a substantial bursary from the Irish Arts Council to support her as she completes work on her second short story collection, Cameos.  Susan and her husband, Kevin Higgins, have organised the Over the Edge readings in Galway, Ireland since 2003.

A wonderful biography called Mary Shelley: Romance and Reality by Emily Sustein. It was published in1989 by Johns Hopkins, and it takes on Mary as a whole person, not just as her parents’ daughter or Shelley’s wife or a product of her age. Her will and intellect were absolutely extraordinary. I have loved Percy Shelley’s poems since I was about twelve, and I’ve read Frankenstein twice; it’s so much more than any of the movies would have you think. I’m a great fan of gothic, of the theme of transformation, so it’s right up my street. Next I’m planning to read Mary Shelley’s The Last Man, which is among other things a novel about a plague. I can’t think what brought that to mind!

Harriet the Spy by Louise Fitzhugh. I read it again recently and it still holds up. It’s about a pre-adolescent girl growing up in New York who spies on everyone around her and keeps a notebook of what she finds out. She considers this research for her eventual career as a writer. Then her friends read her notebooks and get very angry. So it’s about learning when to be honest and when to be, well, kind. And about how hard it is to go from child to young woman. It’s a book writers tend to implicitly understand.

The house is falling down with books, so many that all the shelves are full and there are stacks of books on the floors. I’m in the bedroom, and the shelves in here start with Zadie Smith, White Teeth, a doorstop of a novel which is just a joy, and which I often read from in classes when we’re discussing the uses of dialogue. The story takes place in modern London and the voices, the dialects, to my ear are gorgeous.  They come together like a symphony. Last on these shelves is Pat Schneider’s Writing Alone and with Others, which is one of my teaching bibles. Pat Schneider was a writer and writing teacher who lived in Amherst, Massachusetts; she died last month. She had the most wonderful approach.  She believed that everyone has a story to tell and we just need to be encouraged to tell it. She was anti-elitist, democratic and empowering. Kevin and I try to come at the ‘Over the Edge’ readings, which we’ve run for nearly eighteen years, with that same attitude. Pat Schneider’s writing has had a powerful effect on me. May she rest in peace.

There are several! I’ve read both Catcher in the Rye and The Great Gatsby at least four times each. With Catcher it’s the narrative voice. It’s honest, it breathes, it’s perfect and utterly convincing. With Gatsby it’s the humour, the lushness and the extraordinary sadness. One of the best and saddest final paragraphs of any novel, ever.

Milkman by Anna Burns, which came out in 2018 and won the Booker Prize. It wasn’t that I didn’t like it.  I loved it, but it is written in an experimental style and each time I picked the book up again I’d be at sea, and it’d take me ages to get re-oriented. It was a busy period for me so I eventually gave up. But a friend (Liam Boyle, a wonderful poet) tells me I must get to the end, it is worth the hard work. I trust him, so I will. It’s in the pile by the bed now.

Posted by Colin Dardis at 15:37 No comments: