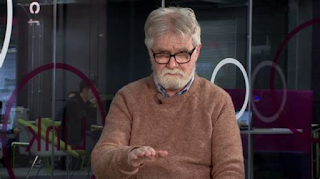 Billy Mills was born Dublin in 1954. After some years in Spain and the UK, he lives in Limerick. He is co-editor (with Catherine Walsh) of hardpressed Poetry. His Lares/Manes: Collected Poems was published by Shearsman in 2009, and Imaginary Gardens and Loop Walks by hardPressed poetry in 2012 and 2013 respectively. The City Itself was published by Hesterglock Press in 2017. He blogs at https://ellipticalmovements.wordpress.com/ and tweets at @BmillsBilly

I always have a lot of books on the go because I review on my blog, plus one (or more) I’m reading apart from the reviewing. Currently that is Bob Dylan’s not-a-novel Tarantula, which is actually a re-read after a long gap. I started into it as a result of listening to his magnificent new album, Rough and Rowdy Ways. There’s a great deal of continuity across his life’s work, and themes and ideas that were there in the 60s are still echoing around the new songs. It’s not the best book ever written, but it’s interesting. I’m also dipping into Helen Waddell’s Medieval Latin Lyrics, which I picked up second hand just before lockdown. It’s a fine work of scholarship the casts light on a neglected period in European poetry.

I will recommend any book by Lorine Niedecker to anyone who’ll listen. If you haven’t read her, you should. If you have, you’ll know why. writing from the margins, she condenses an entire world into a handful of words, carefully chosen and placed. The Collected Works (edited by Jenny Penberthy) is a must-have book for anyone who wants to know poetry.

I reread a lot, poetry needs to be returned to regularly and with the best of it you find something new every time. I recently reread Marianne Moore’s Collected Poems and was really struck by how much in control of her technique she was, the stitching of observation, quotation and wry humour into carefully elaborate syllabic patterns is just stunning. However, the book I’ve reread most often is Ulysses, which is, I think, the best novel in English. All human life is there, and technically it’s incredible. I mean the writing is unsurpassable. I know a lot of people find it off-putting, but I honestly don’t understand why.

I have a fondness for anthologies that makes it almost impossible to pick just one. Robin Skelton’s Penguin Poetry of the Thirties/Poetry of the Forties, which I discovered in my late teens allows you to read a different history of 20th century British poetry, one in which the pre-war period is not totally dominated by the MacSpaunday poets, where there’s more continuity with the Modernism of the 1910s and 20s, and in which the Movement is more an aberration than anything else. The lack of women poets is shocking, but the books are a window into a number of very fine poets who have more recently begun to find new readers again: Terence Tiller, Kathleen Raine, David Gascoyne and more.  A more recent anthology I like is Black Nature, edited by Camille Dungy. It’s a book that the much over-used term ‘ground-breaking’ can actually be applied to. It’s full of very fine poetry, but also questions the whole post-Romantic notion of what nature poetry is for, what it should look like.

I’ve written about Desmond O’Grady before. He was a very fine poet whose work is quite unlike any of his Irish contemporaries. He published The Dying Gaul in his early 30s and it’s outstanding. As far as I know, it’s never been reprinted, but it really should be.