Ross Thompson is an award-winning writer and English teacher from Bangor, County Down. His poetry has featured on television, radio and in an extensive selection of international journals and publications. He continues to read at arts festivals and literary events across the country, and he has also collaborated on several multimedia commissions. Threading The Light (Dedalus Press, 2019) is his first collection of poetry.


What book(s) are you reading right now?

Currently, I am very much enjoying Somewhere Becoming Rain by Clive James, a collection of critical essays on the poetry of Philip Larkin. It is surprisingly funny and at times very moving, which I absolutely was not expecting. James sees beyond the cliché of Larkin as a repressed and misanthropic curmudgeon, taking a more compassionate stance that delves beneath the surface of this complex writer. James, who knew a thing or two about poetry, writes prose that caused me to think afresh about Larkin, whose work I always appreciated but the cynicism therein never quite sat well with my idealistic nature.

I am also dipping in and out of Don Paterson’s The Poem, a lengthy – a mere 700 pages or so – yet eloquent treatise on the medium that alternates between tongue-in-cheek humour, refreshing analysis and brain-bending adventures into other dimensions that fold back upon themselves. It is a weighty book - in both the literal and figurative sense – that examines the viscera of crafting poetry in exhaustive detail and demands the reader’s full attention. Yet, it also offers helpful and illuminative guidance on the art form.

I tend to listen to audiobooks in the car on the way to work, and at the moment I have just finished savouring Jeff Tweedy’s memoir Let’s Go (So We Can Get Back). Tweedy is the chief songwriter in Wilco, one of my favourite bands, and his self-effacing, conversational style makes for genial company while threading up and down the A2 and avoiding being tailgated by angry drivers in sports cars that cost more than my yearly salary. It is the polar opposite of the braggadocio and mythologising that you tend to find in other autobiographies – the Springsteen book, for example, which I mostly liked but grew tired of the Boss slapping himself on the back. In comparison, Tweedy’s reflections on family, friendship, parenthood, loss and addiction are refreshingly honest and insightful. Also, if, like me, you enjoy obscure indie rock trivia and stories about Neutral Milk Hotel, R.E.M. and Guided By Voices, then this book is the mother lode.

Finally, and a nice way of leavening the overabundance of crotchety, aging males, I have just finished the graphic novel Laika, which is about the ill-fated space dog and the various engineers and handlers who jettisoned her into the void in the name of scientific advancement. I am currently working on a second collection of poetry, part of which will be devoted to poems about space travel, so let’s call it “research”. Like the best graphic novels, Laika elevates the written word and often does not use it at all to tell a tragic story – it still gives me the shivers to think of that poor street dog perishing in a shuttle while gazing at a universe it did not understand.

I was a very keen reader as a youngster. Anytime I was absent from school due to illness, my mum would buy me a new book – to the extent that, and I probably should not admit this as a full-time English teacher, I occasionally feigned sickness so that I could stay at home in bed reading books and drinking hot orange juice. I worked through the entire collection of Roald Dahl but the one that really resonated with me was Danny, The Champion Of The World, which lacks the nastiness that characterises some of his other books. I was particularly taken with the long sequence involving sleeping pills, raisins and pheasants. I was and still am a penitent follower of the rules so these passages of petty criminality were deeply exciting. Yet, beyond those elements of Boy’s Own adventure I was struck, even as a child, by the book’s melancholic quality. Whereas Dahl’s other books were cartoonish, Danny moved me in ways that at that stage I could not quite vocalise. In particular, Dahl’s treatment of themes of poverty and bereavement was neither patronising nor gratuitous, and even at that young age it taught me to think more compassionately about those less blessed than myself.

Most recently, I gifted a friend a copy of Simon Armitage’s Walking Home. It recounts a hiking journey that the current poet laureate took along the Pennine Way, boarding with random strangers and doing pop-up poetry readings in unusual places. Much like his poetry, Armitage’s prose is wry, laconic and engaging, and his anecdotes about the various eccentrics that he encounters are full of charm and whimsy. Like all tales of physical journeys, the book soon takes a turn for the metaphysical as three weeks of trudging through the countryside in all weathers begins to take its toll on the writer. The follow-up book Walking Away is just as good: Armitage’s prose is lilting yet natural, and built around turns of phrase and colloquialisms that never feel false. Most appealing is the sense of warmth that radiates from the book.

I am an English teacher by trade, and I would not like to count how many times that I have read the likes of The Great Gatsby, Of Mice And Men and Macbeth over the years – I can recall entire chunks of those texts without too much effort. Or, to be fair, encouragement. In terms of reading for pleasure, however, a book that I have read multiple times is The Bottoms by Joe Lansdale. Part crime novel, part Texan noir and part bildungsroman, it echoes To Kill A Mockingbird in its story of a young person encountering prejudice and violence in the Deep South. It can be fairly grisly at times – the plot involves a hunt for a murderer with which the book’s young protagonist Harry becomes fascinated – yet as in Mockingbird the use of a retrospective narrator makes the grimness more palatable. More shocking is the depiction of racism that is featured here, as it is in much of Lansdale’s work. Segregation and the cruel treatment of others, while entirely relevant to our own troubled times, are upsetting yet they are counterbalanced by the sense of place and family that reside at the novel’s core. The deft way in which Lansdale weaves all of these elements together in the book’s final stretch is just terrific.

In my very early twenties, when I was feeling a little disillusioned and melancholy – it goes with the territory, I know – I was smitten with Girlfriend In A Coma by Douglas Coupland. It’s a (sort-of) post-apocalyptic novel that blends together post-teenage angst, religious imagery and lots of references to The Smiths. Its emotionally wrought nature was a lightning rod for how I was feeling at the time, which is perhaps why I have not read it again for a long time since – it would be like looking through embarrassing photographs of my gawky younger self.

Posted by Colin Dardis at 19:45 No comments: 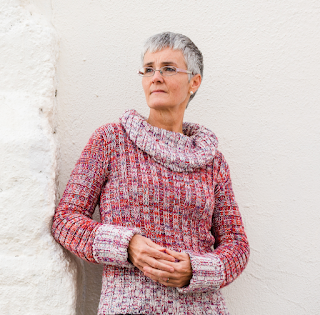 Anne Tannam has published two poetry collections; Take This Life (WordOnTheStreet 2011) and Tides Shifting Across My Sitting Room Floor (Salmon Poetry 2017), with a third, Twenty-six Letters of a New Alphabet forthcoming with Salmon in 2021. For more information visit www.annetannampoetry.ie

What book(s) are you reading right now?
I’m reading Elaine Feeney’s ‘As You Were’, Ada Limón’s ‘The Carrying’ and ‘It Didn’t Start With You’ by Mark Wolynn

A book you loved reading at a child.
All of the Narnia books by C.S. Lewis

A book you have given as a gift / recommended to a friend.
My last gift to a friend was ‘Lost in Translation: An Illustrated Compendium of Untranslatable Words’ by Ella France Sanders

A book you have read more than once.
Possession by A.S Byatt

A book with personal resonance.
The Third Policeman by Flann O’Brien

Posted by Colin Dardis at 15:40 No comments: